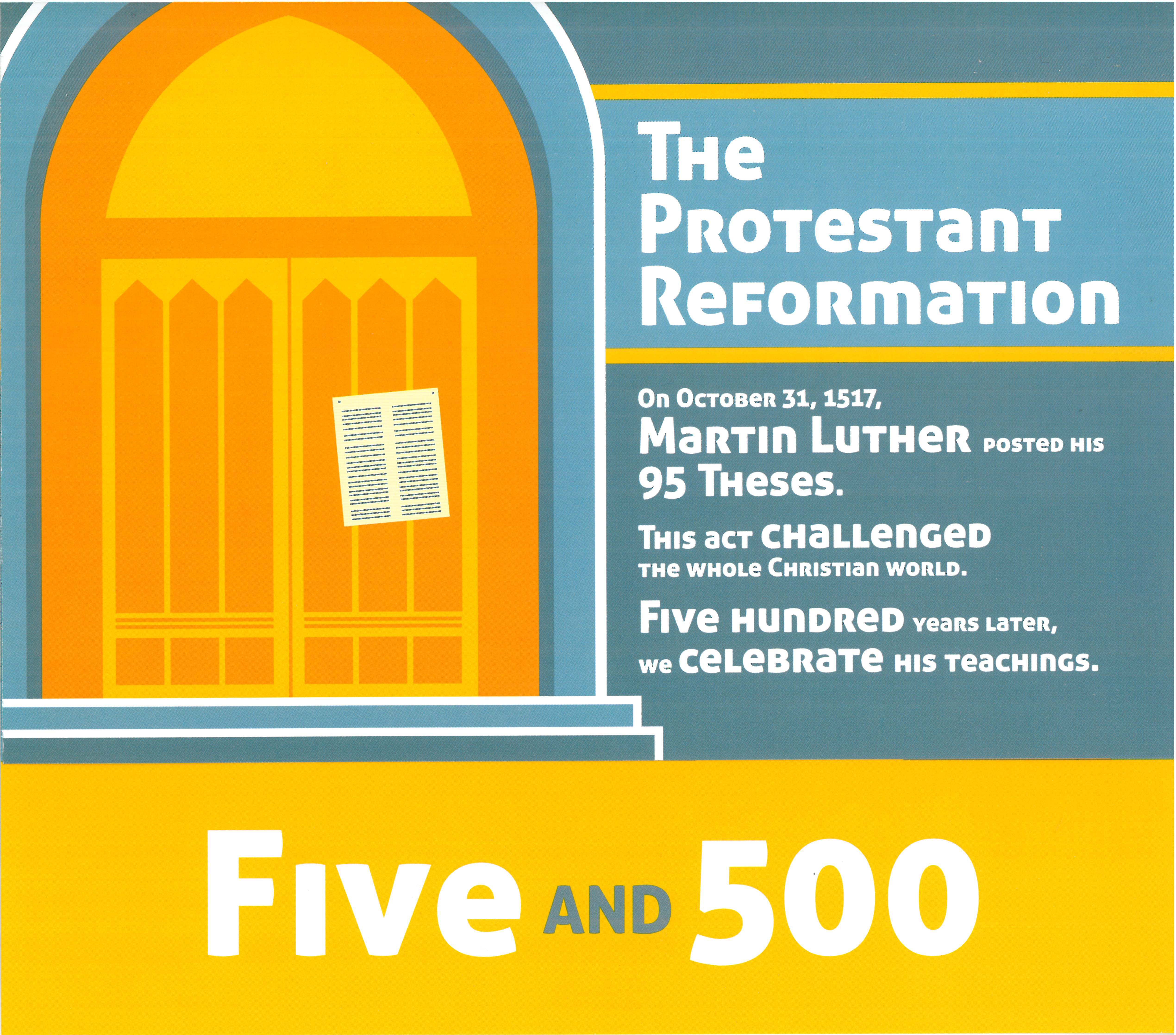 There has been lots of talk about the Reformation this year. But no matter how much you’ve heard about it, there’s still always more to learn and more resources for you and your congregation to discover.

The Five and 500 Protestant Reformation flier is a valuable and timeless teaching tool appropriate for all ages. Find out what Martin Luther and the Reformation were all about and the significance and meaning for us still today. Review the key points of what Luther taught, see the meaning behind the colors used in Luther’s Seal, and take a look at the five Solae: Sola Scriptura (By Scripture Alone), Sola Fide (By Faith Alone), Sola Gratia (By Grace Alone), Solus Christus (Christ Alone), and Soli Deo Gloria (Glory to God Alone).

The brief information contained in the Five and 500 flier provides a wonderful place to start learning about Luther or a good review for those who already know something about him. Designed for elementary age through adults, this colorful and imaginative teaching tool would be beneficial for every family and congregation.

As the 500th anniversary year of the Reformation comes to a close, this educational flier will not suddenly become obsolete. In the months and years to come, it will help you and your congregation continue to grow in understanding the importance of the Reformation and its rich spiritual implications for us, both today and in the future. 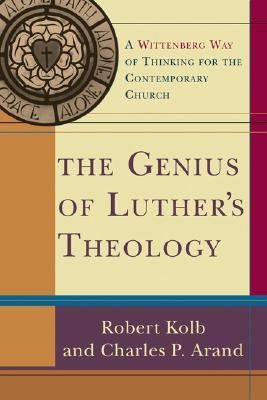 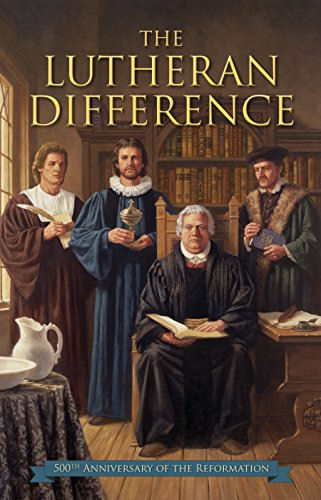 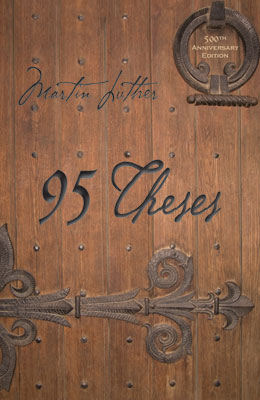 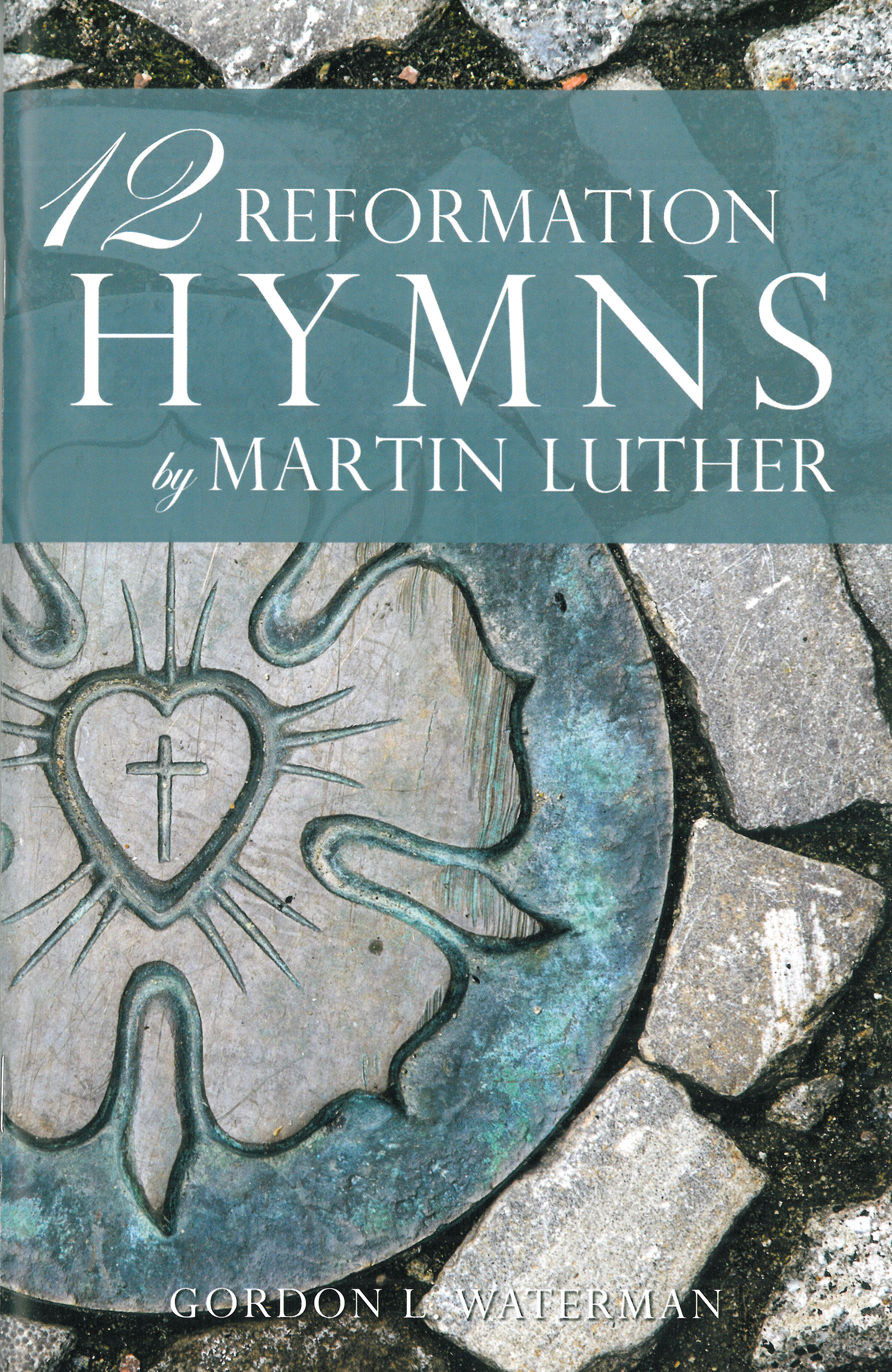 For many of us, it would be difficult to imagine a service at church that did not include singing music together. Yet at the time when Martin Luther was beginning the journey upon which the Reformation would follow, it was quite common. As noted in the introduction to 12 Reformation Hymns by Martin Luther, there was “very little congregational singing in the church service.” This change in the use of music that was brought about through the Reformation isn’t always an aspect of primary focus, but it is an important one, nonetheless.

Pastor Gordon Waterman presents in this historical booklet 12 hymns that Luther wrote as a means to encourage the use of music within the congregation. Luther emphasized that “it is good and God pleasing to sing hymns” and wanted “to see all the arts, especially music, used in the service of Him who gave and made them.” Within the hymns Luther wrote, he used a great deal of Scripture as the foundation. The lyrics were a means to not only express thankfulness and praise to God but also to teach and strengthen members of the body of Christ in their Christian faith.

For each hymn, Pastor Waterman provides brief but interesting historical introductions, which add more context and understanding to the lyrics and melodies. Since not all the hymns are set to melodies we may readily recognize, we are given the wonderful opportunity to learn “new” songs as Luther initially wrote them. The booklet gives helpful suggestions as to how to present and teach some of these unfamiliar hymns to the congregation.

This collection of hymns with rich, biblical lyrics, accompanied by historical backgrounds as well as Scripture and catechetical readings, can be a valuable devotional resource for individuals and congregations. Churches may want to highlight one hymn each month or use them altogether in a special service of Reformation hymns. Keeping them accessible in the church pews, choir loft, or church library throughout the year will encourage ongoing use of this beautiful but useful hymn booklet.

For nearly 500 years, our churches have been blessed with the hymns that Martin Luther wrote. This collection of 12 Reformation Hymns by Martin Luther is a wonderful way to enrich spiritual life by reintroducing some of those hymns to the church. 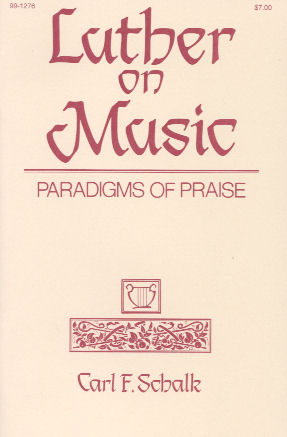 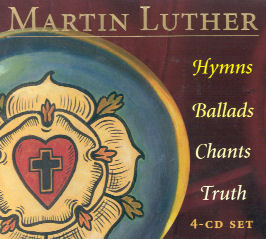 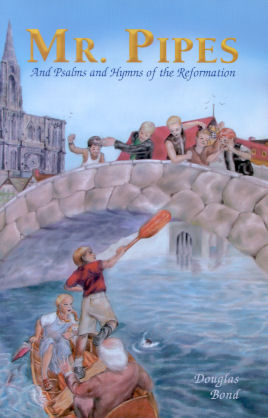 Order Mr. Pipes and Psalms and Hymns of the Reformation here.

Concordia: The Lutheran Confessions - A Reader's Edition of the Book of Concord 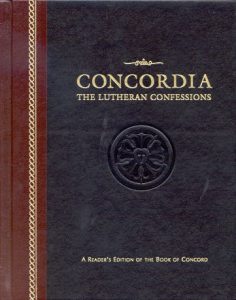 This edition of the Book of Concord is relatively new to me. I purchased a copy of it at a store across the street from the church where Martin Luther was a member in Wittenberg, Germany, when I was there last summer. The copy of the book that I had used for many years needed to be retired, and I decided that it would be fitting to replace this book of collected Lutheran writings with a copy purchased in the city where Lutheranism was born.
​
​Admittedly, there was an element of nostalgia included in the purchase. It is also true that the Book of Concord is often seen as having only nostalgic value and that it does not really have any purpose in twenty-first-century Christianity.  Nothing could be further from the truth! Five hundred years after the start of the Reformation, the scriptural beliefs on which the Reformers stood remain. Those beliefs remain, because the Word of God remains forever. The writings found in the Book of Concord clearly explain what Lutherans believe the Bible teaches.

Among these writings, you will find the familiar Small Catechism that Martin Luther wrote, as well as his Large Catechism, which further explains the biblical truths found in the Ten Commandments, Apostles’ Creed, Lord’s Prayer, and the Sacraments. The Augsburg Confession, the document that the first reformers wrote to clarify their position, is included, as well as its Apology (explanation). Many other valuable documents are also found in the Book of Concord, that clearly and positively describe what we believe, teach, and confess.

One of the unique and valuable characteristics of this edition of the Book of Concord is that it was assembled for all people to use, pastors and laypeople. There are introductions for each document, timelines in Reformation history, visual aids, a useful glossary, and several indexes that make it easy to find anything that you may be looking for.

I already mentioned one misunderstanding regarding the Book of Concord, in that it is perceived by some as having only nostalgic and historic value. Another misunderstanding is that this is a book only for pastors. However, most of the documents included in the book were written by laypeople, many who sacrificed greatly, some of them with their lives, for the sake of these biblical truths. This is a book for all Lutherans! This edition is easy to read, and it’s laid out in a format that is conducive to personal and family devotions and as a wonderful Bible study aide. I highly recommend this reader’s edition of the Book of Concord to be included in the personal library of any and every Lutheran home! 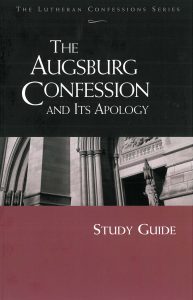 Order The Augsburg Confession and Its Apology here. 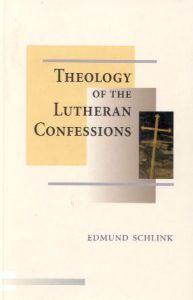 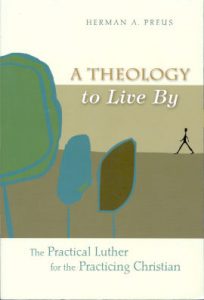 Order Theology to Live By: Practical Luther for the Practicing Christian here.

Bach Among the Theologians 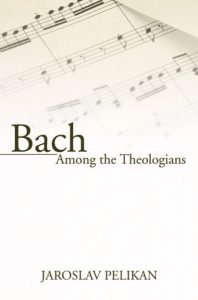 Anticipation of a Reformation road trip to Germany last summer drew me to revisit the life of J. S. Bach through two books, one a biography and the other this discussion of Bach in the context of theology: Bach Among the Theologians by Jaroslav Pelikan. While most people have heard of the masterful musician, perhaps many would be unaware of what Bach has to do with the Reformation.

The great reformer Martin Luther lived from 1483 to 1546, while the life of Johann Sebastian Bach spanned 1685 to 1750. Were they not separated by two centuries, their lives of devoted service to the church would likely have intertwined throughout the same regions of Germany. Like Luther, the devotional life of Bach was steeped in Scripture. Lutheran theology permeated Bach’s expansive volume of choral compositions, no doubt influenced by the Latin and German sets of Luther’s Works found in his library along with other major writings of Lutheran theologians.

The introductory chapter of Bach Among the Theologians reveals the significance of the biblical texts of the Church Year in providing the structure and foundation for much of Bach’s music. Early in his prolific, 27-year tenure as choirmaster and organist at St. Thomas Church in Leipzig, Bach composed five complete cycles of cantatas for the Church Year (about 300 total). The author quotes Friedrich Smend, noting Bach’s cantatas “are not intended to be works of music or art on their own, but to carry on, by their own means, the work of Luther, the preaching of the word and nothing but the word.” This recognition of Reformation influence in the next chapter made me eager to read more.

Chapter two, “The Musical Heritage of the Reformation,” evidences this Sola Scriptura impact on Bach’s music, as well as his thorough understanding of sin and grace, specifically through Luther’s hymns and other Lutheran chorales frequently incorporated into Bach’s cantatas and chorale preludes. “Bach exhibited how profoundly he had grasped the full scope of Luther’s doctrine of sin, which transcended despair through faith, by unexpectedly introducing the musical language of joy into a chorale about Anfectung [spiritual trial and despair].” And again, “Luther’s hymns combined confession and celebration as they did because that duality of simul justus et peccator [righteous and a sinner at the same time] was ever present; Bach’s appropriation of Luther’s hymns preserved, and often even heightened, the counterpoint and contrast between confession and celebration.”

Pelikan then grapples with theological perspectives of the day, namely, rationalism, confessional orthodoxy, and pietism, and discusses their effect on Bach’s music. The author moves the focus in the next few chapters to the cross, redemption, and atonement through the death and resurrection of Christ in three of Bach’s most massive choral works: St. Matthew’s Passion, St. John’s Passion, and the celebrated Mass in B Minor.

The last chapter is an appropriate conclusion for Luther and Bach. Here Pelikan compares “sacred” and “secular” works of Bach, noting the shared “conviction of Luther and the Reformers that the performance of any God-pleasing vocation was the service of God” and that whether choral or instrumental, sacred or secular in lyric, all were “the expression of a unitary . . . world view, in which all beauty, including ‘secular’ beauty, was sacred because God was one, both Creator and Redeemer.”

Though musicians who are somewhat familiar with the music of Bach may have the greatest appreciation for Pelikan’s exposition, anyone interested in the relationship between theology and music will benefit from this thoughtful discussion and hopefully embrace a rich discovery of the treasures of Reformation theology in Bach’s music. 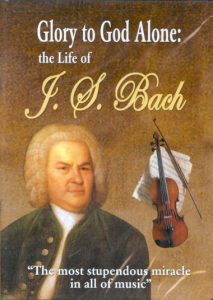 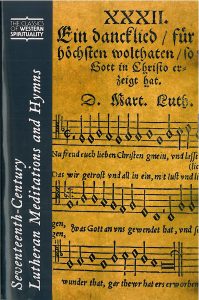 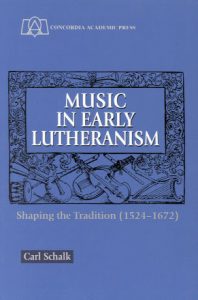